The sun to guide us by day. The moon to watch over us by night as we sleep. God loved us so much he gave us a night light. Any of you have children who were once afraid of the dark? Remember getting those night lights with the cartoon character they loved most on it? I remember I bought my son that cooler one as advertised on TV. It was shaped like a dog and it reflected stars on the ceiling. He would not go to sleep until I turned it on each night. I never wanted him to feel afraid, so I comforted him with the light just as God comforts us.

Just the other day, as I was sitting in the parking lot waiting for my son to be dismissed from school, I saw the sun in the sky surrounded by clouds and thought it was an analogy of what we are going through at this time on earth as human beings. We are surrounded by the cloud of Covid-19, but the sun is shining through the clouds showing us there is hope on the horizon.

We are not alone. Our light is shining on the pathway to our new beginning. So hold on, keep the faith, and keep fighting and we’ll see the dawning of a new day.

Beautiful birds at my backyard window peering into my world asking where’s the large bird feeder that once graced this hallowed windowsill? My reply references the baby squirrel who came by last year and refused to see that the feeder was not his private booth at his favorite restaurant. The squirrel served up some major squirrel attitude when I tapped on my window asking him to leave several times. Finally, he turned his head, threw up his paw, and knocked the tray over spilling all its contents to the ground below where he could complete his dining experience more freely. I’ll bet he was laughing loudly at me as he continued eating in spite of my presence at the window.

Yesterday, upon returning from the laundry room in the basement, I saw a blue jay peering into my dining room window. It was so beautifully amazing to witness nature in this way, up close and personal. As I approached the window the blue jay flew up into a large tree in my neighbor’s yard. This is when I spotted a second blue jay on my back fence. So I decided I would go out to fill the small feeder hung on the fence a few feet from my window.

I arrived in the backyard about 9:00am with my mom only to be greeted by a squirrel scampering towards our yard from a neighbor’s backyard. Mom and I stopped our feet and shout at the squirrel and it quickly turned and ran off in another direction. I thought the squirrel wanted the birdseed we were bringing out to the feeder, but I was wrong. As mom swept the cemented area near the house, she discovered the squirrel had left some of his little acorns unattended. He was only returning for his stash.

Once the squirrel was gone, I trimmed the grass, pruned flower bushes, raked and bagged grass and weeds. Then I filled the small bird feeder to the rim. I could hear the birds tweeting the entire time. They were probably sending messages to one another about the birdseed. As mom and I sipped our bottled water, we breathed in some much needed fresh air. “There’s nothing like nature,” mom said as we returned into our humble abode. 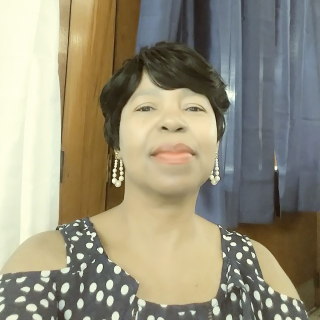 Sean Tyler Foley is a father, a husband, a film actor, a stage performer, a professional speaker, and a trainer of speakers. Add that list to being the author of the #1 bestselling book: The Power to Speak Naked and you get a highly motivated and energetic interview with someone who wants to help us get our messages out to the world. Listen in or watch as he motivates us all to take the stage. Pun intended! --- Send in a voice message: https://anchor.fm/teresa-smith8/message
Loading Comments...